The church membership continued to grow at an enormous pace. People were coming from everywhere to see and experience the “new” Macedonia. A Youth Ministry was formed which had about as many children and youth as the adults who were in attendance in the main sanctuary. The Youth Ministry slowly emerged and the late Reverend J.D. Smith along with a few others oversaw the dynamic youth ministry. Out of the Youth Ministry were organized youth ushers and junior deacons.  Youth services were a key component to the church’s appeal as their services were conducted in the basement of the church while the adult worshipped upstairs. Many who watched this development concluded that Reverend Clark had a vision “as far as he could see; and the people were coming.” As God used him to serve the church, he sensed the need to further his ministry through formal education at the Dayton Bible College. He received a certificate from Simmons Theological Seminary in Cincinnati and was awarded an honorary degree for faithful ministry. Various additional ministries were established under Pastor Clark’s leadership such as the Youth Choir, Gospel Chorus, Senior Choir, Junior and Senior Ushers, Tape Ministry, Van Ministry, and more. Seventeen (17) persons were licensed and ordained into the gospel preaching ministry as well as hundreds of people united with the church.

The Reverend Marcus T. Clark served Macedonia Missionary Baptist Church for forty-three years until his retirement on October 17, 1993.  Upon retirement, he remained with the church and became an official member.  He died on January 6, 1994.  Reverend Emanuel Cowan (an associate minister) served during the interim and worked until his death with Reverend Clark’s successor in 1996.

On the second Sunday of December, 1994, the Doctor Robert E. Baines, Jr., from Syracuse, NY, became Macedonia Missionary Baptist Church’s fifth pastor.  Doctor Baines, Jr. brought experience, educational, vison, ideas, and a new leadership style to the Dayton area.  God’s clear hand of favor showed itself on this union as hundreds of people joined or many who had withdrawn reinstated their memberships to Macedonia.  A fresh emphasis on Christian education and relevant ministry paved the way for over twenty additional ministries, the purchase of Macedonia Manor, Inc. (24 apartments, 2 houses, and a commercial building), the development of many disciples, and multiple staff. Doctor Robert E. Baines, Jr. served Macedonia Missionary Baptist Church until his resignation on May 10, 2009. 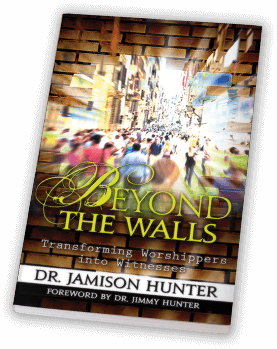 Purchase your ebook today!
Beyond The Walls

Copyright . All Rights Reserved. Site by The Church Online, LLC.